happy dussehra,Wishing you all the happy dusshera this year as you all know this year that is in 2020 Dusshera came again on 28th October which is date according to calendar of Hinduism which was created a years ago.

What was the significance of dusshera?

As almost all the people of Hinduism aur which belongs to Hinduism or who has interest in Hinduism sculptures that people approximately know the significance that is that on this day the king of Lanka who is also known as lankesh was killed bye lord Shri Ram that’s why this day is celebrated every year as a festival many people don’t know who the ravan actually is in next paragraph I I am explained it in detail read it carefully.
For voting go to last of this article. 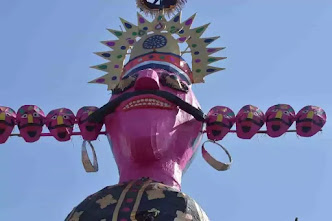 Who the actually Ravan is?

Ravan is is the king of of  Lanka which is now a days known as Sri Lanka he is is the biggest devotees of lord Shiva who is considered as the bestest God in Hinduism also the lord Shiva is very powerful they had three eyes. Ravan praise to him everyday every time and he got a very very powerful powers from him and then he can use that powers in any battle. 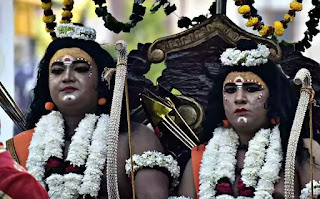 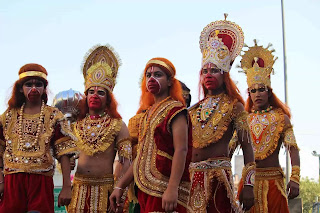 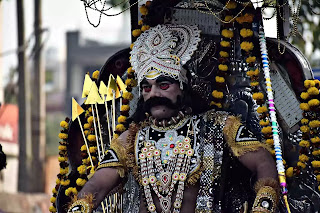 By whom did the ravan killed?

Ravana was killed by prabhu shri ram who was also the king but not of Lanka he is the king of Ayodhya which is presently situated in up Uttar Pradesh and also shri ram is considered as on of form of lord Vishnu is in the list of top gods which includes
There are 18 purans in Hinduism and each of the god has one one that is bhrama puran, vishnu puran ,shiv puran,etc.

According to Hindu books ravan was a great king and he was very great mind also he has the power that he will never defeat by any human and not by any god exept lord Vishnu . Which Means how a great devotee he was.he has two younger brother’s and one sister and mom and his son.

Intro for His brother and son and sister

When does the ravan die? and why this day is known as Dusshera ?

Ravan dies on the day of dusshera which was the next day of ram navmi which was the day of mata ji. This is known as Dusshera because Dusshera indicates 10 face which mean 10 faces men due to which it is known as Dusshera also it is known as vijay dashmi which mean 10 day and Ramji killed ravan and get a win(vijay) over him.
From this article we will tell you never tell ravan anything because he is also very big devotee of lord Shiva so in front of ravan you are nothing but ravan was actually not killed by  prabhu shri ram he was killed by his over confidence that no one can kill him at the end his brother vibishan told shri ram the trick to kill ravan and that is the reason behind Ravan’s death also today also many people do pray to ravan because he is also a very big personality.

So thank you for reading this article this article is just for educational purposes this will not promoting any religion or any personality whichever you think is your choice only .
Thanks for reading this full article also tell us your favourite character in ramayana below in comments or by just clicking on poll given below
Note- this poll may takes a few time for loading just wait for poll it is just loading.

Lord Ganesha status 2021 Hello guys, my name is Poorvak Suri.Today I will give you an article on Topic Shri Ganesha